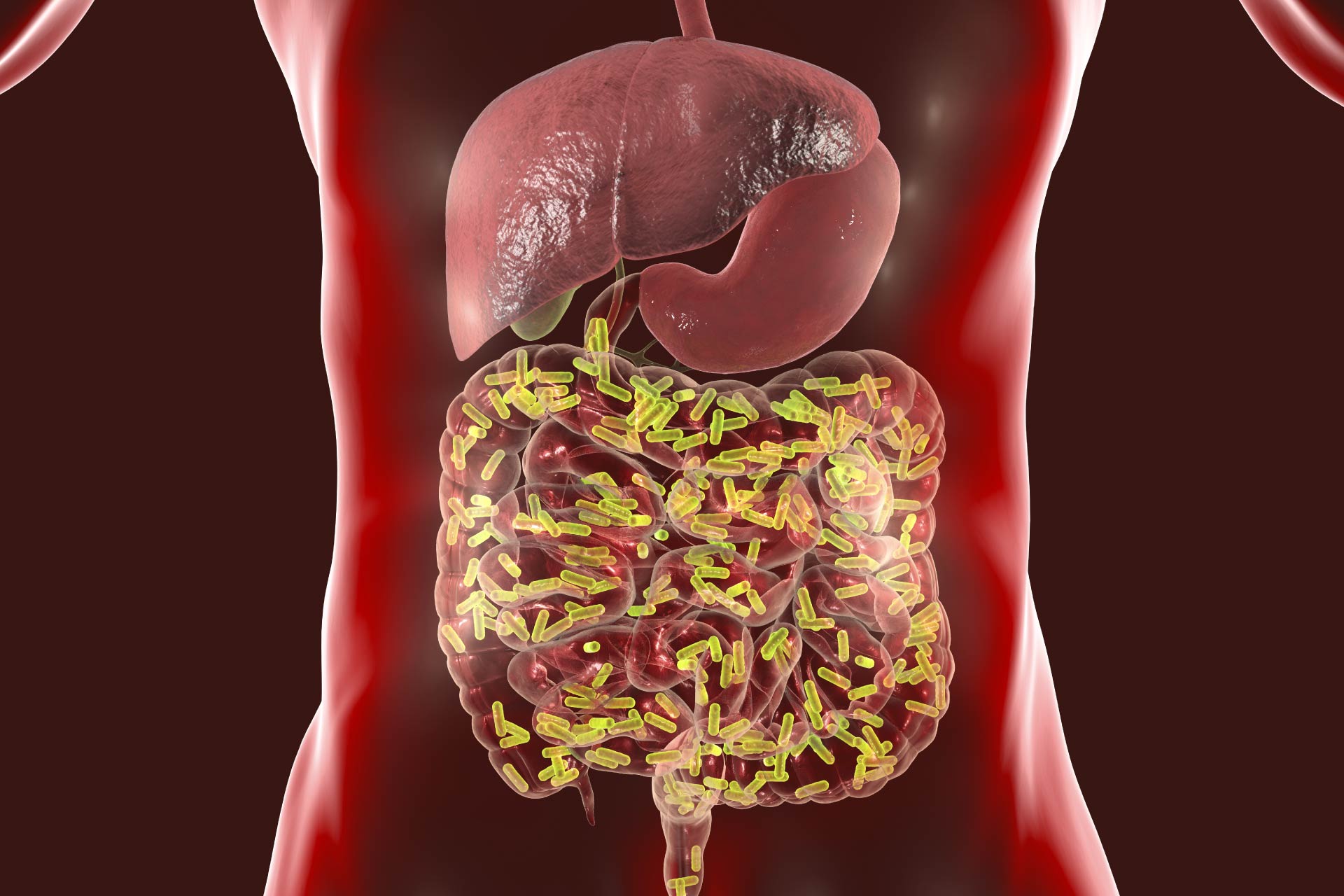 What is already known on this topic
The calories that we consume are a key determinant of our energy intake, but energy balance also depends on our ability to digest and absorb food. Several studies indicate that the gut microbiota contributes to human energy balance, but direct evidence in people is lacking.

What this research adds
Researchers measured stool calorie loss, which is a reflection of absorbed nutrients, during dietary and pharmacologic interventions intended to alter the gut microbiota of 27 people. Underfeeding and vancomycin treatment led to increased stool calorie loss and decreased nutrient absorption. The change was accompanied by an expansion of Akkermansia muciniphila and a decrease in the microbiota-derived metabolite butyrate, which stimulates intestinal barrier formation.

Conclusion
The findings show that altering the gut microbiota structure or energy availability increases stool energy loss. This suggests that gut bacteria play a key role in the efficiency of nutrient absorption.

Obesity is a problem of epidemic proportions and is associated with a plethora of conditions, including diabetes, heart disease, and certain types of cancer. While the calories that we consume are a key determinant of our energy intake, energy balance also depends on our ability to digest and absorb food. Now, researchers have found that gut bacteria play an important role in the efficiency of nutrient harvest.

The study, published in Nature Medicine, suggests that changes to the microbial community in the gut could influence nutrient metabolism.

Gut bacteria are critical for a range of essential body functions, including metabolism regulation. The gut microbiota produces many metabolites that help us to digest and absorb food, and while several studies indicate that gut microbes contributes to human energy balance, direct evidence in people is lacking.

Alessio Basolo at the National Institute of Diabetes and Digestive and Kidney Diseases in Phoenix, Arizona, and his colleagues recruited 27 obese people in a trial that aimed to test whether interventions designed to alter the gut microbiota cause differences in stool calorie loss, which is a proxy for nutrient absorption.

Caloric intake led to substantial differences in nutrient absorption: as expected, daily ingested calories were higher during overfeeding than during underfeeding. But underfed individuals lost more calories in stool than overfed individuals. Treatment with vancomycin also led to a significant increase in stool calorie loss per day.

Next, the researchers set out to evaluate the impacts of the dietary and pharmacological perturbations on gut microbiota structure. Nine bacterial species were different between underfed and overfed individuals. In particular, underfed people had increased levels of Akkermansia muciniphila and Alistipes species in their gut.

Vancomycin had a more dramatic impact on gut microbiota structure: several Veillonella, Lactobacillus, and Klebsiella species were enriched in vancomycin-treated individuals. A. muciniphila, which is thought to help preserve gut barrier, was also enriched after vancomycin treatment.

Changes in nutrient absorption and microbiota structure were accompanied by a decrease in several microbial-derived metabolites, including butyrate—a short-chain fatty acid that stimulates intestinal barrier formation and is a marker of the ability of the gut microbiota to process nutrients.

The findings indicate that altering the gut microbiota structure or energy availability increases stool energy loss. “We would estimate that the gut microbiome harvested an additional ~2.5% of absolute ingested calories,” which translates to about 1.2 kg weight loss in a 100-kg individual over 1 year, the researchers say. “Our data provide evidence for a causal role for the human gut microbiome in nutrient metabolism,” they add.