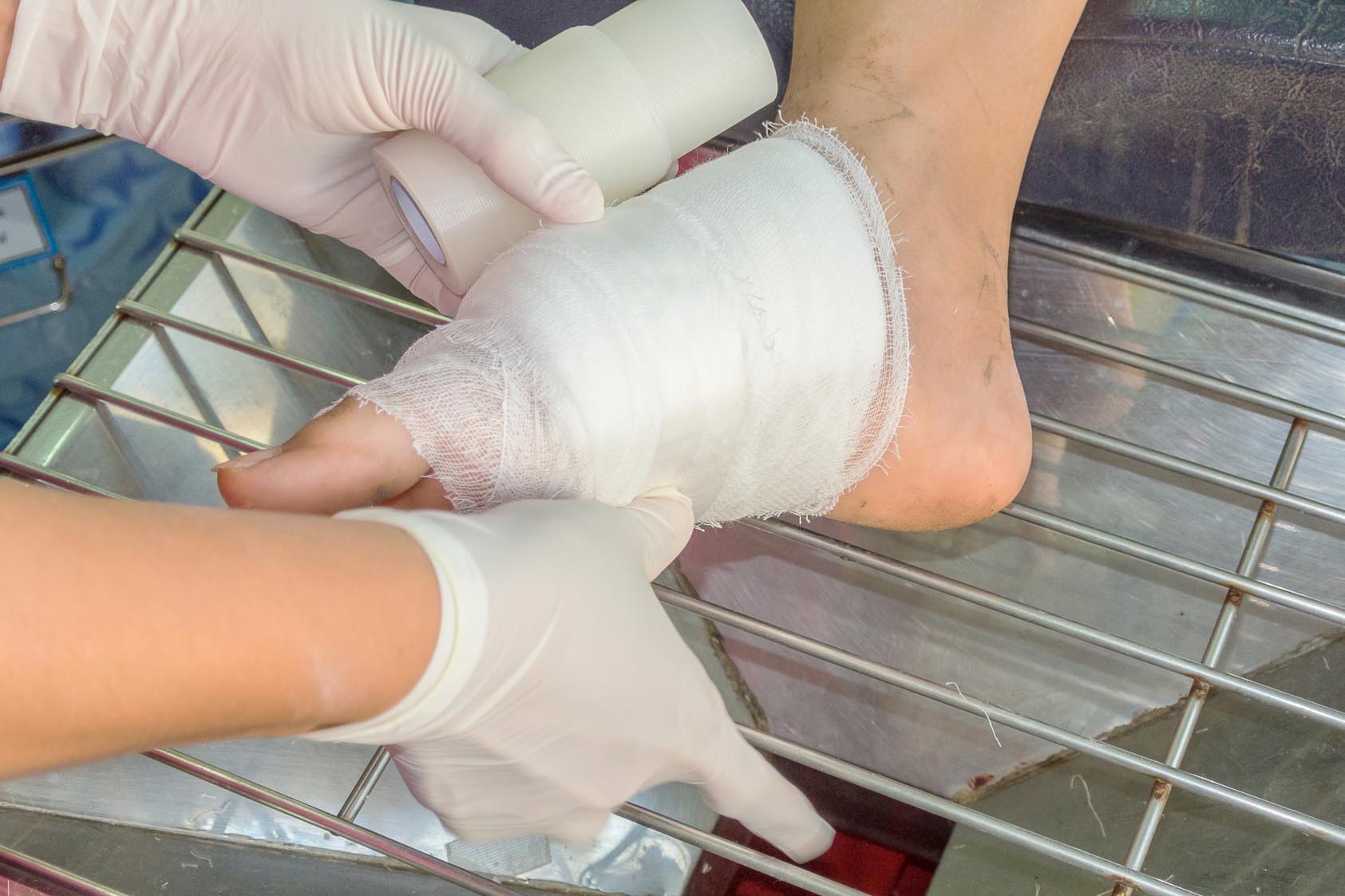 Up to one in four people with diabetes develops foot ulcers. These chronic wounds affect four to six million people in the United States alone and cost up to 13 billion dollars in health care each year. Now, researchers have found that several strains of bacteria, including the common pathogen Staphylococcus aureus, can influence the healing of these wounds.

Previous studies have investigated the role of microbes in wound healing, but they could only identify broad groups of bacteria rather than specific microbial strains. So Lindsay Kalan at the University of Pennsylvania and her colleagues set out to analyze the ulcer microbiota of 46 people immediately before they underwent a treatment that scrapes away dead or infected tissue from the wound. Then, the team collected new microbial samples every two weeks for 26 weeks while tracking the outcome of the wounds. Their results are published in Cell Host and Microbe.

The researchers found the common pathogen S. aureus in most wounds. Some strains of this microbe, which are enriched in antibiotic resistance genes and virulence factors such as toxins, only resided in wounds that did not heal.

Treating the ulcers with antibiotics didn’t change its microbiota nor improved ulcer outcomes, whereas scraping dead or infected tissue reduced the diversity of bacteria colonizing the wounds and promoted healing.

To understand how the ulcer microbiota affects wound healing, the researchers transferred individual bacterial strains isolated from people with diabetes to ulcers in mice. Then, they monitored how the wounds healed.

The strains of S. aureus found only in ulcers that didn’t heal delayed healing by several weeks in mice. In contrast, another microbe commonly found in foot ulcers, Alcaligenes faecalis, reduced the growth of ulcers and promoted wound healing.

As foot ulcers are the leading cause of amputations in people with diabetes, using the ulcer microbiota to predict healing outcomes could help doctors to treat these chronic wounds, the researchers say.

Skin microbes produce their own antibiotic to fight off harmful bacteria