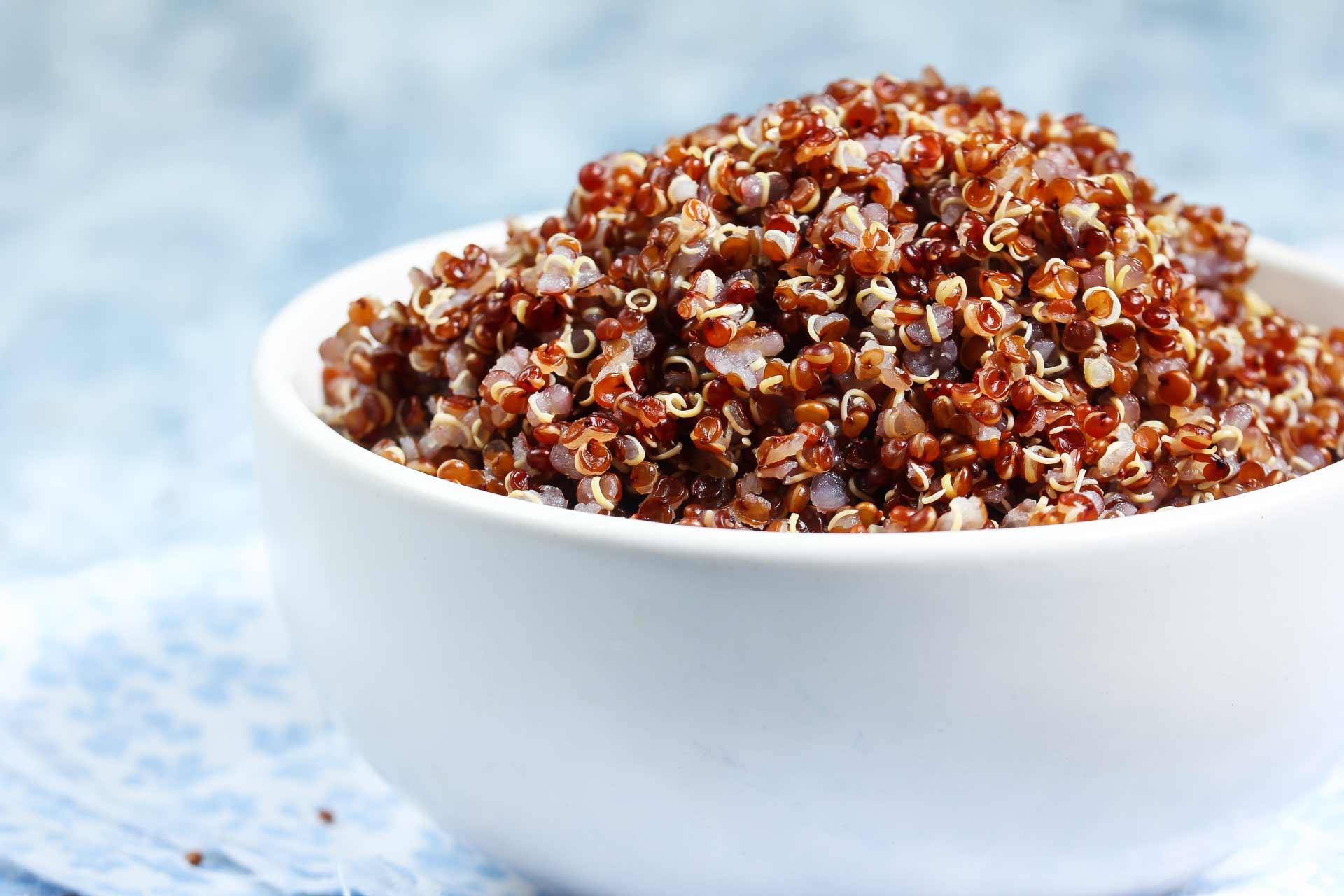 What is already known on this topic
Studies have shown that whole grains and dietary fiber can promote a healthy gut microbiota once bacteria metabolize them. These findings have drawn attention to quinoa, a plant native to South America that is grown as a crop for its edible seeds.

What this research adds
Working with bacteria grown in a dish, researchers assessed the effects of cooked and uncooked quinoa on gut microbes, and analyzed the microbial metabolites produced during quinoa fermentation. The results suggest that quinoa contains polysaccharides that can induce the growth and activity of beneficial gut microbes.

Conclusions
The findings shed light on the prebiotic properties of quinoa and could help to design food based on quinoa and its polysaccharides.

Whole grains and dietary fiber play an important role in human health, as they can promote a healthy gut microbiota. New research suggests that the grain quinoa contains polysaccharides that can induce the growth and activity of beneficial gut microbes.

The findings, published in Food Science & Nutrition, could help to design food based on quinoa and its polysaccharides.

Quinoa is plant native to South America that is grown as a crop for its edible seeds. Several studies have suggested that quinoa has prebiotic effects, as its non-digestible ingredients stimulate the growth and activity of beneficial gut microbes. Quinoa consumption also appears to inhibit microbiota imbalances and alleviate symptoms of colitis, an inflammatory condition of the colon.

To better understand the prebiotic properties of quinoa, Hairun Pei, Xueli Cao and their colleagues at Beijing Technology & Business University assessed the effects of this grain on gut microbes, and analyzed the microbial metabolites produced during quinoa fermentation.

Because fatty acids provide energy for cells, influence colon metabolism, and control the proliferation of gut epithelial cells, the researchers assessed the concentration of these molecules after 24 hours of fermentation. Propionic acid and butyric acid were the predominant acids produced during the fermentation of cooked and uncooked quinoa, whereas butyric acid and valeric acid were the main acids produced during the fermentation of quinoa polysaccharides.

These findings suggest that both quinoa and quinoa polysaccharides are metabolized by several gut bacteria.

The fermentation of quinoa polysaccharides promoted the growth of bacteria such as Bifidobacterium and Collinsella. Bifidobacterium can contribute to the reduction of disorders such as type I diabetes and colorectal cancer, and Collinsella has been associated with reduced severity and incidence of several conditions, including diabetes, obesity, and inflammatory bowel diseases.

“Quinoa polysaccharides could be considered prebiotic due to their ability to increase Bifidobacterium and Collinsella,” the researchers say. The results, they add, “encourage more exploration of quinoa and its intestinal health effects, including studies in vivo and other physiological parameters concerning human health.”