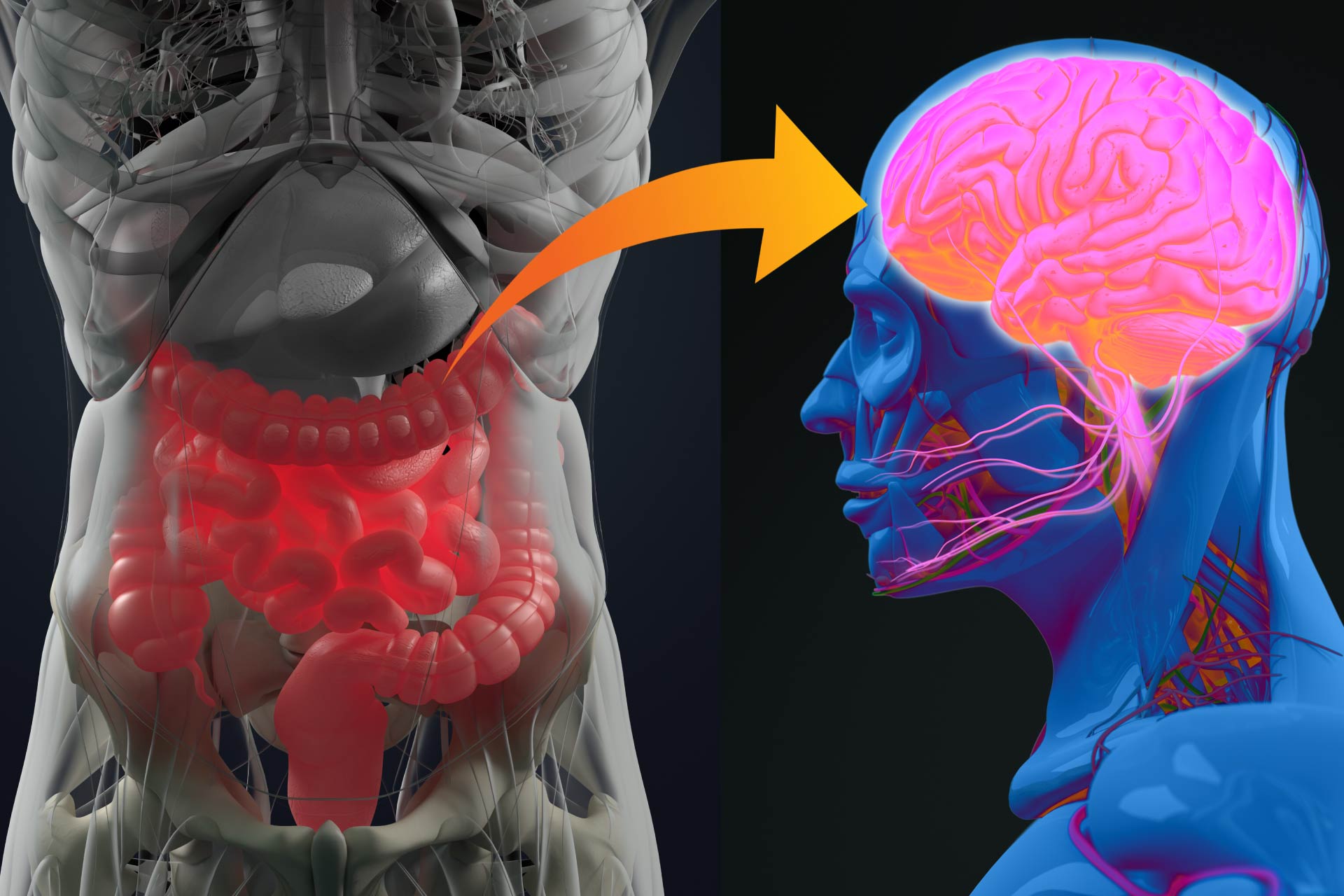 What is already known on this topic
Connections between the gut and the brain regulate a wide range of events in the gut, from intestinal function to feeding behavior. But whether there are neuronal circuits to detect gut microbes and relay this information to the brain is unclear.

What this research adds
Researchers have found that, when gut bacteria are depleted or their composition is altered, the sympathetic nervous system in the intestine of mice is over-activated. Reestablishing the gut microbiota can inhibit the activity of these neurons through the production of short-chain fatty acids and the activation of sensory neurons.

Conclusion
The findings suggest that gut microbes are able to control neurons that regulate secretion, gut motility, and blood flow through a gut-brain circuit.

Connections between the gut and the brain regulate a wide range of events, from intestinal function to feeding behavior. But whether there are neuronal circuits to detect gut microbes and relay this information to the brain is unclear. Now, researchers have found that the gut microbiota can control the activity of specific brainstem neurons that stimulate nerves in the gut.

The findings, published in Nature, could help to determine how intestinal motility is regulated and understand systemic disorders related to the gut-brain axis. This knowledge, the researchers say, is “essential for defining therapeutic strategies.”

The enteric nervous system consists of a network of neurons that control the function of the gastrointestinal tract. To determine whether the activity of enteric-associated neurons is influenced by the gut microbiota, Daniel Mucida at the Rockefeller University and his colleagues studied the enteric nervous system of mice grown in the absence of gut microbes as well as mice colonized with known strains of bacteria.

The researchers found that gut-associated sympathetic neurons are over-activated in mice that lack gut microbes and mice that have an altered gut microbiota. Transferring specific gut bacteria from healthy mice into germ-free mice suppressed the activation of these neurons, suggesting that gut-specific sympathetic activity reflects changes in gut microbiota composition.

However, the team observed that only bacteria known to restore the levels of microbial metabolites such as short-chain fatty acids were able to suppress the activation of gut-associated sympathetic neurons.

By tracing neurons from the intestinal wall to the brain, the researchers identified regions of brainstem neurons that are activated when gut microbes are depleted, as well as a class of neurons that regulate gastrointestinal transit.

The findings suggest that enteric-associated neurons are able to detect microorganisms and their metabolites through a gut-brain circuit, and alterations in microbial composition are sufficient to activate gut-associated neurons.

“Overall, our results identify a gut-brain-gut circuit whereby distinct microorganisms and microbial metabolites modulate activation of gut sympathetic neurons and brainstem sensory nuclei that are capable of integrating gut-specific stimuli,” the researchers say. “We identified numerous potential microbiota-derived signals that can modulate gut sympathetic activity and neuronal populations that are synaptically connected to the gut,” they add.

How the microbiota contributes to symptoms of Parkinson’s disease