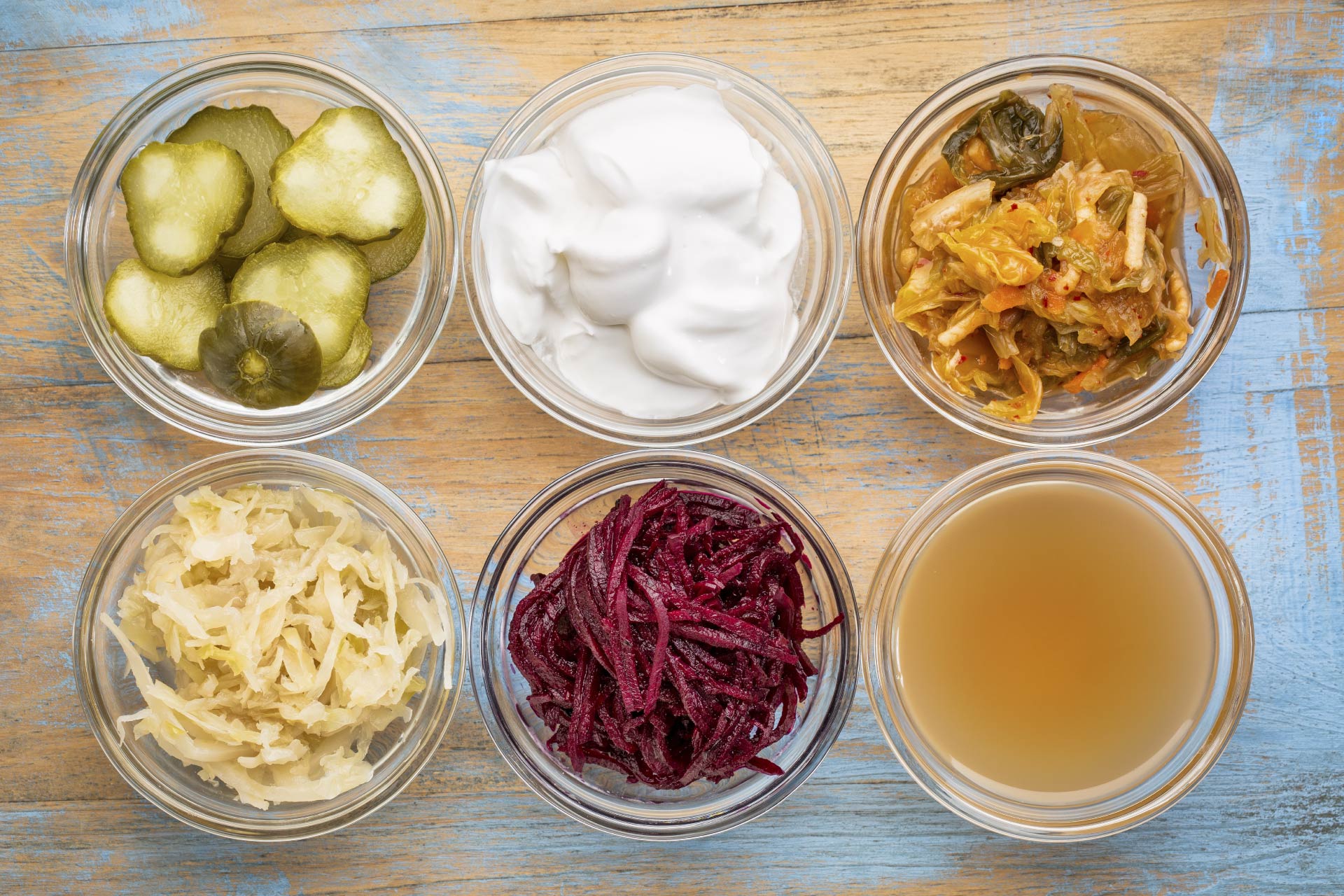 What is already known on this topic
Most fermented foods such as yogurt and cheese contain thousands of live lactic acid bacteria, which are thought to confer a health benefit when administered in adequate amounts. But it’s unclear how many of these bacteria reach the gut and whether they become part of the gut microbiota.

What this research adds
Researchers analyzed data from the genomes of microbes found in more than 300 foods and in the gut of nearly 10,000 people. The abundance of lactic acid bacteria in fecal samples depended on an individual’s age, lifestyle, and geography, but their prevalence was generally low. However, some of the most common lactic acid bacteria in the human gut were species found in yogurt, cheese, and other foods, including fermented vegetables and cereal-based fermented foods.

Fermented foods such as yoghurt and cheese could be a source of health-promoting bacteria, according to a new study.

The results, published in Nature Communications, support the idea that food is the major source of lactic acid bacteria for the gut microbiota.

In recent years, lactic acid bacteria have attracted considerable interest due to their potentialities to contribute to human health. Many lactic acid bacteria species have been recognized as probiotics, which are defined as live microorganisms that confer a health benefit when administered in adequate amounts.

However, it’s unclear how many of these bacteria reach the gut and whether they become part of the gut microbiota. To start to address this question, Danilo Ercolini at the University of Naples Federico II and his colleagues analyzed data from the genomes of microbes found in more than 300 foods and in the gut of nearly 10,000 people.

The two most prevalent species in the gut were Streptococcus thermophilus and Lactococcus lactis, which are commonly found in dairy products. The researchers also detected several Lactobacillus species of food origin such Lactobacillus casei and Lactobacillus rhamnosus, albeit at lower prevalence. The team also found other lactic bacteria not commonly found in food, including Lb. salivarius and Lb. mucosae.

However, the abundance of lactic acid bacteria was generally low in fecal samples, and their prevalence depended on age, lifestyle, and geography. For example, S. thermophilus increased in prevalence from newborns to adults, which could reflect the increase in consumption of yoghurt and other dairy products. Other lactobacilli such as Lb. casei and Lb. rhamnosus, which have been detected in human breast milk, were more abundant in newborns.

On average, lactobacilli were more abundant in westernized populations. In these populations, the researchers observed a higher prevalence of six lactobacilli, mostly of food origin, including Lb. acidophilus, Lb. casei/paracasei, and Lb. rhamnosus. By contrast, Lb. mucosae and Lb. ruminis, which are not commonly found in food, were more prevalent in non-westernized groups.

In non-westernized populations, species such as Leuconostoc citreum, Leuconostoc lactis, and Weissella confusa were highly abundant. This is consistent with the widespread consumption of raw and fermented vegetables in such populations.

Overall, food-associated lactobacilli were most abundant in people from Europe, whereas they were less prevalent in individuals from Asia and North America, and were almost absent in people from China and in non-westernized populations.

Next, the researchers assessed whether the microorganisms populating the human microbiota were linked to those found in food. Species more commonly associated with food were Lc. lactis and S. thermophilus, which are found in cheese and yoghurt, as well as Lactobacillus curvatus, which is found in cheese and sauerkraut, and Leuconostoc mesenteroides, found in food including ginger beer, milk kefir, and cheese.

Although more research is needed to better understand how lactobacilli adapt to the gut environment, the findings suggest that lactic acid bacterial species occurring in the gut arise from the consumption of fermented foods, the researchers say.