Sign up here and take full advantage of MicrobiomePost‘s features.

A new study could inspire the use of dietary fibers to manipulate the gut microbiota and its functions, with beneficial effects for health.
Table of Contents

What is already known on this topic
Plant-derived fibers are known to have beneficial effects on the gut microbiota. But whether it’s possible to use dietary fibers to precisely manipulate gut microbes remains unclear.

What this research adds
By studying 40 healthy people, researchers found that a set of plant-derived starches induce specific effects on the gut microbiota. These effects result in changes in the production of the microbial metabolites propionate and butyrate, which are thought to have anti-cancer and anti-inflammatory properties.

Conclusion
The findings could inspire the use of dietary fibers to manipulate the gut microbiota and its functions, with beneficial effects for human health.

Plant-based foods contain fibers that are known to have beneficial effects on the gut microbiota, but so far it’s been unclear whether it’s possible to fine-tune the effects of dietary fibers on gut bacteria. Now, a study suggests that it is.

The findings, published in Cell Host & Microbe, could inspire the use of dietary fibers to manipulate the gut microbiota and its functions, with beneficial effects for human health, the authors say.

Bacterial fermentation of dietary fibers produces short-chain fatty acids such as acetate, propionate, and butyrate, which are thought to have anti-cancer and anti-inflammatory effects in people. But, the researchers caution, “the exact dietary fibers dose required for reliable changes, and if such doses are tolerable by modern-day humans, is unknown.”

So the team, led by Jens Walter at the University of Alberta in Canada, set out to test the idea that small differences in the chemical structure of dietary fibers can be used to induce changes in the gut microbiota composition and function. To do this, the team recruited 40 healthy people and compared the effects of three starches on features including microbiota composition and short-chain fatty acids levels. The starches derived from maize, potato, and tapioca. Corn starch was used as a placebo.

Study participants consumed the starches for four weeks to achieve a gradual increase of dietary fibers from 10 to 50 grams per day. High doses of starches were generally well tolerated and didn’t cause nausea, bloating, abdominal pain, and diarrhea. Only potato starch induced increased bowel movements at 50 grams per day.

Maize and tapioca starches varied in their effects on the gut microbiota composition. Maize starch was associated with an increase in bacteria related to Eubacterium rectale, Oscillibacter, Ruminococcus, and Anaeromassilibacillus, and a reduction in microbes related to Ruminococcus callidus, Agathobaculum butyriciproducens, and Adlercreutzia equolifaciens.

In contrast, tapioca starch was linked to an enrichment in bacteria belonging to the Porphyromonadaceae family, the genus Parabacteroides, and other microbes related to Parabacteroides distasonis, Faecalibacterium prausnitzii, and Eisenbergiella. Tapioca starch was also associated with a decrease in bacteria belonging to the genus Ruminococcaceae and microbes related to Eubacterium hallii and Clostridium viride.

Although the consumption of maize and tapioca starches didn’t alter the total concentrations of short-chain fatty acids, the two starches differed in their effect on individual fatty acid molecules. In particular, maize starch increased the levels of butyrate, whereas tapioca starch increased the levels of propionate. Neither placebo nor potato starch changed the concentrations of short-chain fatty acids.

Despite differences in the starch-mediated changes in gut microbiota composition among different individuals, the researchers found consistent enrichments of E. rectale and P. distasonis in people who received the maize and tapioca starches, respectively.

For this reason, the team speculates that maize starch could be used to correct the bacterial dysbiosis seen in type 2 diabetes, where the abundance of E. rectale is reduced. What’s more, the researchers say, “the immunoregulatory properties of butyrate makes maize [starch] a candidate for the treatment and prevention of colorectal cancer, inflammatory bowel disease, and obesity-associated inflammation.”

Tapioca starch, instead, could be used to correct dysbiotic communities with low levels of P. distasonis, which characterize conditions such as obesity and non-alcoholic fatty liver disease, the researchers say. “Propionate could be further targeted by tapioca [starch] for treatment of insulin resistance and obesity,” they add.

Because maize and tapioca starches are used in the production of many flour-based foods, the team says, “they could be readily incorporated into medical foods for specific patient populations and the general food supply.” 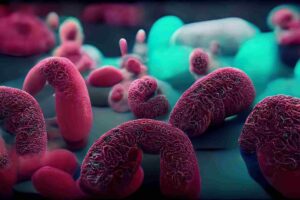 Engineered microbiota may be used for drug delivery 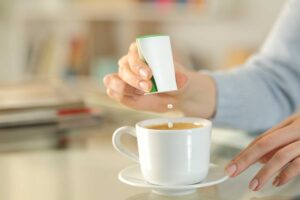 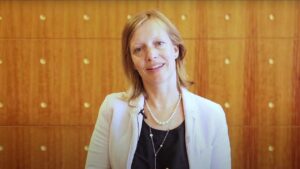 Skin Microbiome: How We Developed a New Probiotic to Treat Acne 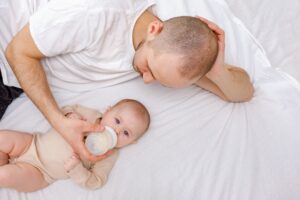