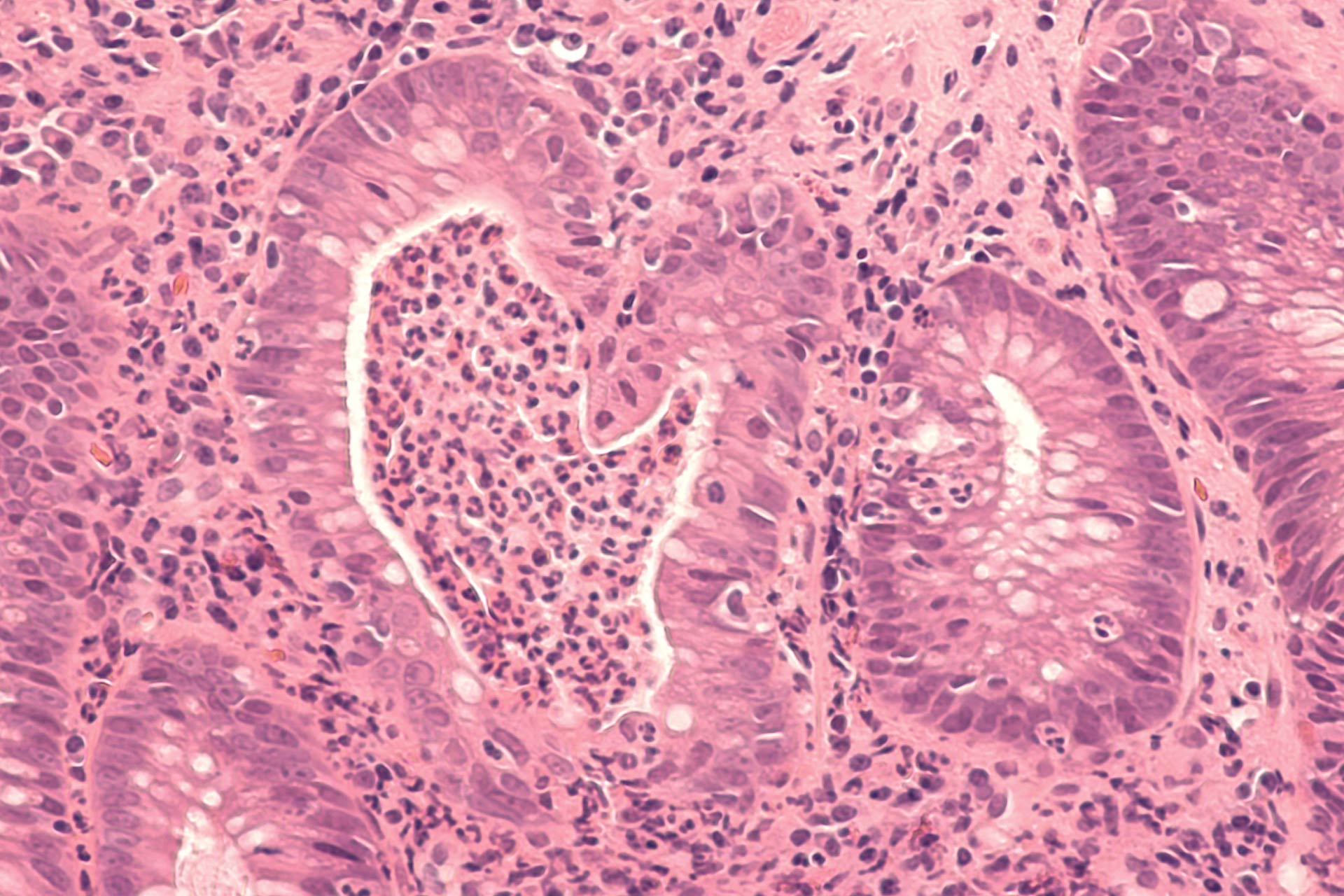 What is already known on this topic
The lining of the small intestine, which is made of epithelial and immune cells, is constantly challenged with changes in food intake and microbiota-derived antigens throughout the course of the day. Studies have shown that altering the gut-microbiota balance can lead to Crohn disease, but how that equilibrium is maintained remains unclear.

What this research adds
Working in mice, researchers have shown that diet and circadian rhythms can regulate changes in gene expression of epithelial cells through the modulation of the gut microbiota. Disrupting the microbiota-gut axis by altering circadian rhythms or food intake can drive Crohn-like inflammation of the mouse intestine.

Conclusion
The results support the idea that diet can modulate the gut microbiota, immunity, and intestinal barrier function. The study also identifies factors that could help to treat Crohn disease in people.

The gut and its microbiota maintain a delicate balance, and changes in this equilibrium can lead to inflammatory disorders of the intestine such as Crohn disease. Now researchers have found that disrupting the microbiota-gut axis by altering circadian rhythms or diet can drive Crohn-like inflammation of the intestine in mice.

The findings, published in Cell, point to dietary and immune factors that could help to treat Crohn disease in people.

Scientists have known that the lining of the small intestine, which is made of epithelial and immune cells, is constantly challenged with changes in food intake and microbiota-derived antigens throughout the course of the day. But how the microbiota-gut equilibrium is maintained remains unclear.

To address this question, Hagit Shapiro and Eran Elinav at the Weizmann Institute of Science and their colleagues set out to characterize the gene expression of intestinal epithelial cells of 12-week-old mice.

The researchers found that diet and circadian rhythms can regulate changes in gene expression of epithelial cells. In particular, changes in food timing and content as well as alterations of the circadian clock led to shifts in the expression of genes that encode for MHC class II molecules, a class of molecules that are typically found only on the surface of immune cells.

Further experiments allowed the team to identify six bacterial families, including Lactobacillus, Sutterella, and Parabacteroides, that were enriched in the gut in conditions characterized by low MHC class II expression. The researchers also identified nine bacterial families, including Coprococcus, Ruminococcus, Akkermansia, and Streptococcus, that were overrepresented when MHC class II expression in gut epithelial cells was high.

Finally, the researchers disrupted the microbiota-gut axis of mice by altering the animals’ diet or circadian rhythms. These alterations led to a microbiota-dependent impairment of the intestinal barrier function, which resulted in an influx of microbial products, contributing to exacerbated Crohn-like inflammation of the intestine.

“Our study identifies the [small intestine] microbiome as a central module responding to nutritional inputs, such as feeding composition and rhythmicity,” the researchers say. Future studies, they add, should explore whether dietary interventions or changes in the sleep-wake cycle can lead to the exacerbation of Crohn disease in people and in animals. Such insights may help to develop new interventions aimed at restoring intestinal barrier function in inflammatory disorders of the gut, the researchers say.