Home Scientific research After quitting smoke, changes in the gut microbiota may lead to weight... 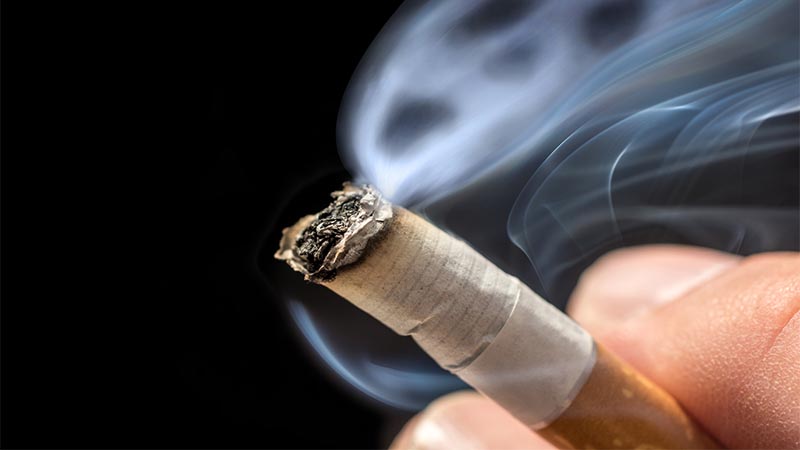 What is already known on this topic

Cigarette smoking is the leading cause of preventable death worldwide. However, many smokers do not attempt to quit, citing the weight gaining associated with smoking cessation. Although some studies have suggested a link between smoking and gut microbiota changes, it’s unclear how such changes influence weight gain after quitting smoke.

What this research adds

The findings may help to understand why people who stop smoking often gain weight. They could also guide interventions to improve smoking-cessation success.

Cigarette smoking is the leading cause of preventable death worldwide, yet many smokers do not attempt to quit, citing the weight gaining associated with smoking cessation. Now, a study in mice shows that changes in the gut microbiota after smoke exposure ceases may lead to excessive weight gain.

The findings, published in Nature, may help understand why people who stop smoking often gain weight. They could also guide interventions to improve smoking-cessation success.

Scientists have known that people who stop smoking usually go on to gain weight: smokers have reported gaining 4.5 kg on average every 6 to 12 months, and 13% reported gaining more than 10 kg per year. Although some studies have suggested a link between smoking and gut microbiota changes, it’s unclear how such changes influence weight gain after quitting smoke.

To determine whether the microbiota affects weight gain after smoking cessation, Eran Elinav at the Weizmann Institute of Science and his colleagues examined the gut microbiotas of mice exposed to cigarette smoke for three weeks, and compared them to those of unexposed mice.

The researchers found that exposure to smoke — in particular to cigarette-smoke metabolites such as nicotine — leads to changes in the gut microbiota composition.

Germ-free mice that received a transplant of fecal microbiota from mice exposed to smoke gained more weight than did animals transplanted with the microbiota of mice not exposed to smoke. This effect was observed in mice on two different diets — one rich in fat and a standard chow diet. Treating mice with antibiotics to deplete their gut microbiota prevented weight gain, suggesting that the phenomenon is dependent on gut bacteria.

Some of the molecules associated with weight gain are metabolites of the amino acid glycine, including dimethylglycine (DMG) — a molecule that can be synthesized from dietary choline sulfate. When mice were put on a diet that lacked choline sulfate, they were less prone to weight gain associated with smoking cessation. DMG levels in mice exposed to smoke were also reduced after antibiotic treatment, the researchers found.

Finally, the team profiled the microbiota from 96 participants of an unrelated human clinical trial. Compared to the microbiotas of people who don’t smoke, those of smokers had a distinct composition. Smokers also had high blood levels of metabolites such as choline and DMG, the researchers found.

The authors caution that the findings are preliminary and merit further investigation in larger studies. However, they say, the results highlight a previously unappreciated involvement of the microbiota in weight gain associated with smoking cessation. They also suggest that “targeted dietary, microbial and postbiotic therapy may be utilized in attenuating [smoking-cessation-induced weight gain] and optimizing long-term abstinence success.”

The microbiota of wild bears reflects changes in antibiotic use