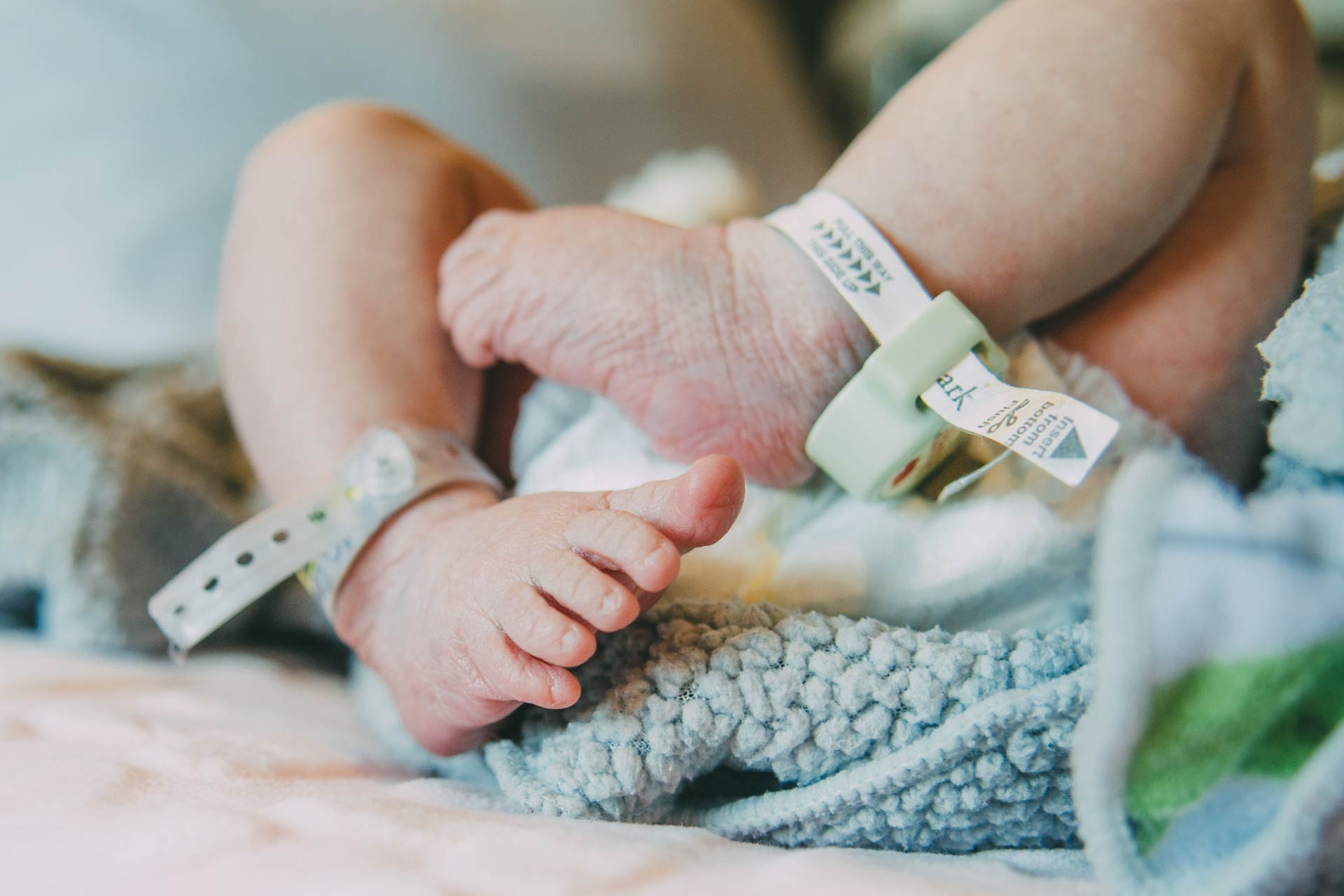 What is already known on this topic
The maturation of the microbiota occurs in parallel with the development of the immune system, and both have been linked to a score of conditions, including allergies, hay fever, asthma, and eczema. But whether prenatal life influences microbiota composition and immune development is unclear.

What this research adds
By analyzing the stool of 100 newborns, researchers discovered that the composition of a baby’s first stool could determine whether children are likely to develop allergies and other conditions later in life. The team found that the lack of specific molecules was linked to a higher risk of allergies by one year. The reduction in these chemicals was associated with changes to bacteria that play a key role in the maturation of the microbiota.

The findings could help to identify infants at risk of developing allergies or asthma and develop early interventions that could help prevent those conditions.

Prenatal life can influence different aspects of a person’s health. Now, researchers have found that the composition of a baby’s first stool could determine whether children are likely to develop allergies and other conditions later in life.

The findings, published in Cell Reports Medicine, could have important implications for helping to prevent allergic conditions. “Now we have an opportunity to identify at-risk infants who could benefit from early interventions before they even begin to show signs and symptoms of allergies or asthma later in life,” says study senior co-author Stuart Turvey at the University of British Columbia.

The maturation of the microbiota occurs in parallel with the development of the immune system, and both have been linked to a score of conditions, including hay fever, asthma, and eczema. But whether prenatal life influences microbiota composition and immune development is unclear.

Stuart Turvey, Brett Finlay and their colleagues analyzed the first stool, known as meconium, from 100 newborns. Meconium is a sticky, dark-green substance that starts to form in the fetal gut at around 16 weeks of pregnancy and contains amniotic fluid, skin cells and other materials and molecules ingested by the baby. Meconium is also the initial “food source” for the first microbes that colonize the gut after birth, says study lead author Charisse Petersen. “Meconium is like a time capsule, revealing what the infant was exposed to before it was born,” Petersen says.

To assess whether meconium composition could influence the risk of developing allergies later in life, the researchers looked at metabolites present in the newborns’ first stool. Then, when the children turned one year old, the team did a skin test that measures the reactivity of the immune system.

The analysis revealed that the fewer different types of molecules a baby’s meconium contained, the higher the risk for the child to develop allergies within the first year of life.

Some metabolic pathways, including those involved in amino acid metabolism, were least-represented in the meconium of infants who developed allergic conditions later in life.

Finally, the researchers combined information about meconium and microbiota composition together with clinical data from newborns and their mothers to accurately predict whether a baby would develop allergies by one year of age.

“This work shows that the development of a healthy immune system and microbiota may actually start well before a child is born — and signals that the tiny molecules an infant is exposed to in the womb play a fundamental role in future health,” Petersen says.

Early interventions that modulate key metabolites in the womb could help to promote the healthy development of the microbiota and the immune system, thus preventing symptoms of allergic diseases, the researchers say.

Gut bacteria may explain the beneficial effects of breastfeeding