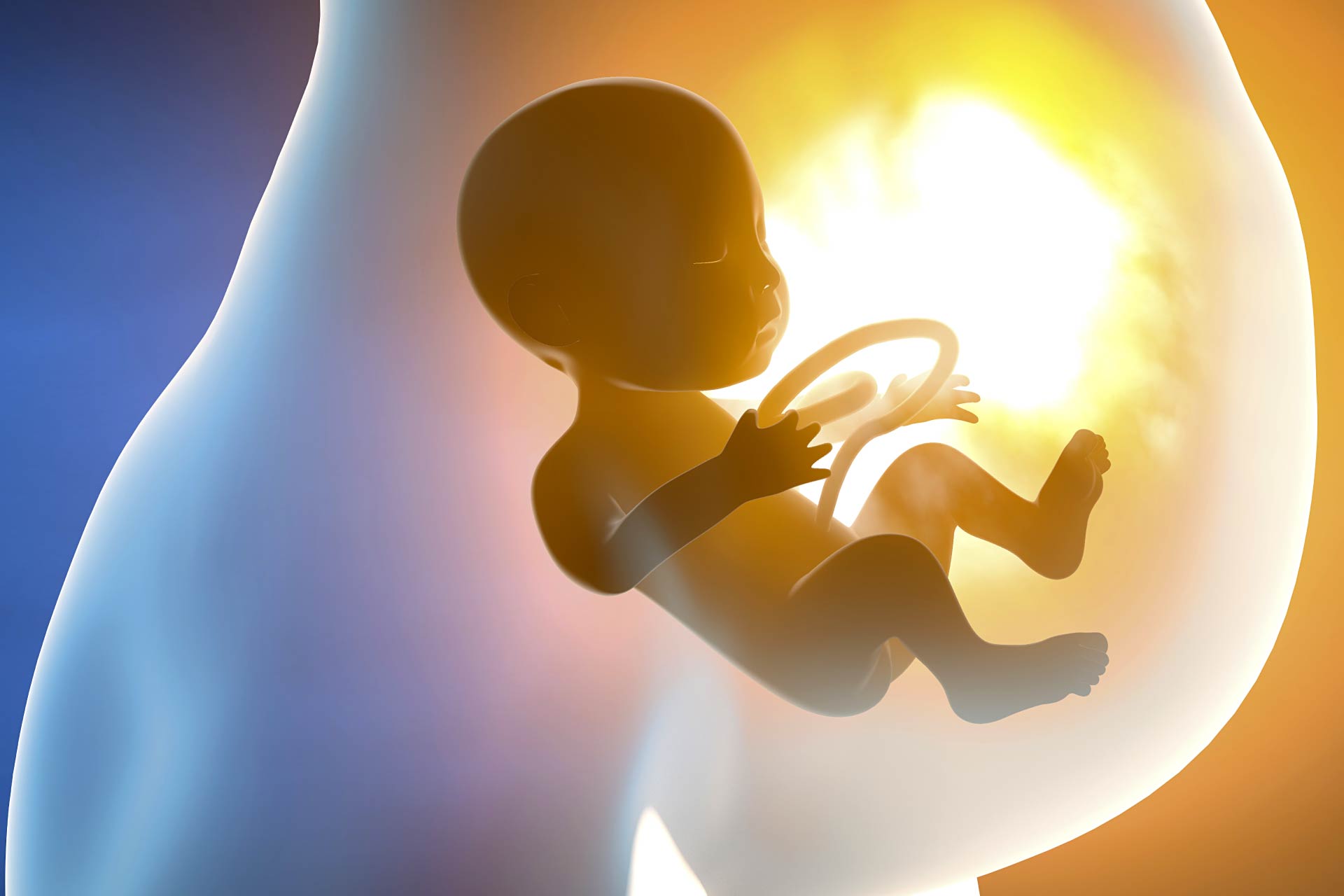 What is already known on this topic
The maternal gut microbiota has been linked to impairments in the offspring’s brain and behavior—often as a result of infection or stress during pregnancy. But whether maternal microbes contribute to embryo development in the absence of such stress factors is unclear.

What this research adds
By studying the brains of fetuses from pregnant mice that did not have gut microbes, researchers found that the gut microbiota regulates key metabolites that are important for healthy fetal brain development. Depleting the microbiota resulted in fetuses that had fewer neuronal connections that are known to be important for processing sensory information, which led to impairments in particular sensory behaviors.

Conclusion
The findings support the idea that a mother’s gut microbes can promote healthy brain development of the fetus, with long-lasting behavioral consequences for the offspring.

Gut microbes are important for health throughout life, but new findings suggest they could play a key role even before birth. In pregnant mice, specific bacteria that live in a mother’s gut produce molecules that influence the wiring of the fetal brain, researchers have found.

The results, published in Nature, support the idea that a mother’s gut microbes can have long-lasting consequences for her offspring. “Early to mid-gestation is a critical period during which the maternal microbiome promotes fetal neurodevelopment to support developmental processes that may underlie later-life behaviors in mice,” the researchers say.

Several studies have shown that the maternal gut microbiota is associated with impairments in the offspring’s brain and behavior—often as a result of infection or stress during pregnancy. But whether maternal microbes contribute to embryo development in the absence of such stress factors is unclear.

To test the impact of maternal gut microbes on the developing fetal brain, researchers led by Helen Vuong at the University of California Los Angeles analyzed the brains of fetuses from pregnant mice, some of which did not have gut microbes.

The brain structure of the fetuses of pregnant mice that were germ-free or that were treated with antibiotics to kill their gut bacteria was different from that of fetuses of mothers with a normal microbiota.

Depleting the microbiota resulted in fetuses that had fewer neuronal connections that are known to be important for processing sensory information. “Consistent with this, offspring from mothers lacking a gut microbiota had impairments in particular sensory behaviors,” Vuong says. For example, mice born to microbiota-deficient mothers were less sensitive to touch than mice from mothers with a typical microbiota.

The researchers also observed differences in the genes that were turned on in the brains of the developing offspring, including many genes involved in forming new connections within neurons.

Further experiments showed that the maternal gut microbiota promotes healthy brain development by regulating small molecules that can enter the fetal brain. When the researchers analyzed the molecules in the mothers’ blood and their offspring’s blood and brain, they found that the levels of particular metabolites were reduced when pregnant mothers were lacking gut microbes.

Introducing the metabolites into the microbiota-deficient mothers prevented the abnormalities in the development of neuronal connections and in the behavior of the offspring. What’s more, neurons grown in the presence of the metabolites developed a greater number of connections with other neurons.

Although it’s unclear how gut microbes and metabolites are involved in brain development, the findings suggest that the relationship between the microbiota and the brain begins before birth, at least in mice.

“We don’t know whether and how the findings may apply to humans,” says study’s senior author Elaine Hsiao. “However, there are many neurodevelopmental disorders that are believed to be caused by both genetic and environmental risk factors experienced during pregnancy,” she says. The new study, Hsiao adds, “suggests that maternal gut microbiota during pregnancy should also be considered and further studied as a factor that could potentially influence not only the health of the mother but the health of the developing offspring as well.”

How the microbiota contributes to symptoms of Parkinson’s disease