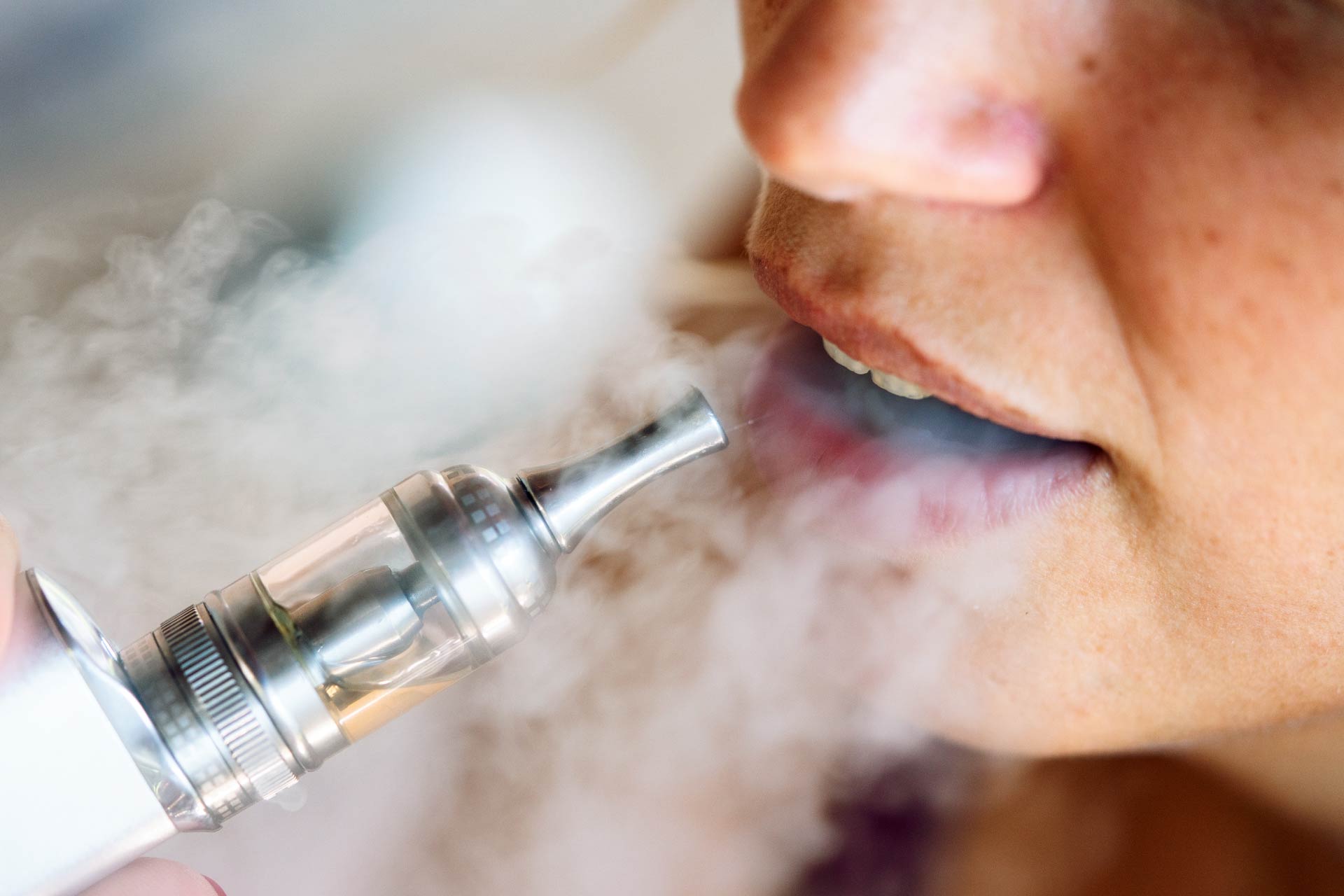 What is already known on this topic
The mouth is home to many microbial species that colonize our respiratory and digestive tracts. Smoking traditional cigarettes is known to create an environment in which certain bacteria can grow and trigger gum disease and infection, but it’s unclear how e-cigarettes affect the mouth microbiota.

Conclusion
The findings suggest that e-cigarette users are at greater risk for mouth infections than non-smokers.

Smoking e-cigarettes is often considered safer than regular smoking, but the unknowns about vaping are many, including how it affects people’s health in the long term. Now researchers have found that smoking e-cigarettes changes the community of microbes living in the mouth, making users prone to inflammation and infection.

The study, published in iScience, is the first to show that vaping alters the mouth’s microbiota. “Given the popularity of vaping, it is critical that we learn more about the effects of e-cigarette aerosols on the oral microbiome and host inflammatory responses in order to better understand the impact of vaping on human health,” says study’s co-senior author Xin Li, a researcher at New York University College of Dentistry.

The mouth is home to many microbial species that colonize our respiratory and digestive tracts. Smoking traditional cigarettes is known to create an environment in which certain bacteria can grow and trigger gum disease and infection, but it’s unclear how e-cigarettes, which are becoming increasingly popular among teens, affect the mouth microbiota.

To address this question, Li and her team studied the mouth microbiota of 119 individuals: 40 regular cigarette smokers, 40 e-cigarette users, and 39 people who had never smoked.

About 72% of cigarette smokers and nearly 43% of e-cigarette users suffered from gum disease and infection, compared to 28% of non-smokers. The mouth microbiota in the three groups was dominated by Streptococcus, Veillonella, Prevotella, Neisseria, Haemophilus, Porphyromonas, Rothia, and Fusobacterium, but cigarette and e-cigarette smokers tended to have different mouth bacteria than people who never smoked.

Smokers had higher levels of Actinobacteria in their saliva than non-smokers. The levels of Firmicutes and Spirochaetes were elevated in traditional cigarette smokers, while the saliva of e-cigarette smokers harbored high levels of bacteria such as Neisseria, Porphyromonas, Haemophilus, and Fusobacteria, which are often responsible for gum disease and infection. “The predominance of these periodontal pathogens in the mouths of e-cigarette users and traditional smokers is a reflection of compromised periodontal health,” Li says.

Many of the bacteria found in the saliva of e-cigarette smokers were associated with immune molecules involved in inflammation. So, to further test the effects of vaping on inflammatory responses, the researchers exposed cells grown in a lab dish to e-cigarette vapors and then infected the cells with the gum pathogens Porphyromonas gingivalis and Fusobacterium nucleatum.

After being exposed to e-cigarette vapors, the cells had increased levels of pro-inflammatory molecules and became more prone to bacterial infection.

The findings suggest that vaping can put users at risk for gum disease and infection, the researchers say. However, the team cautions that all the experiments were done in cell grown in a dish, so future studies should validate the findings in 3D oral tissue models to identify the health effects of e-cigarette vapors and its components.

Changes in the oral microbiome might reveal caries development in children