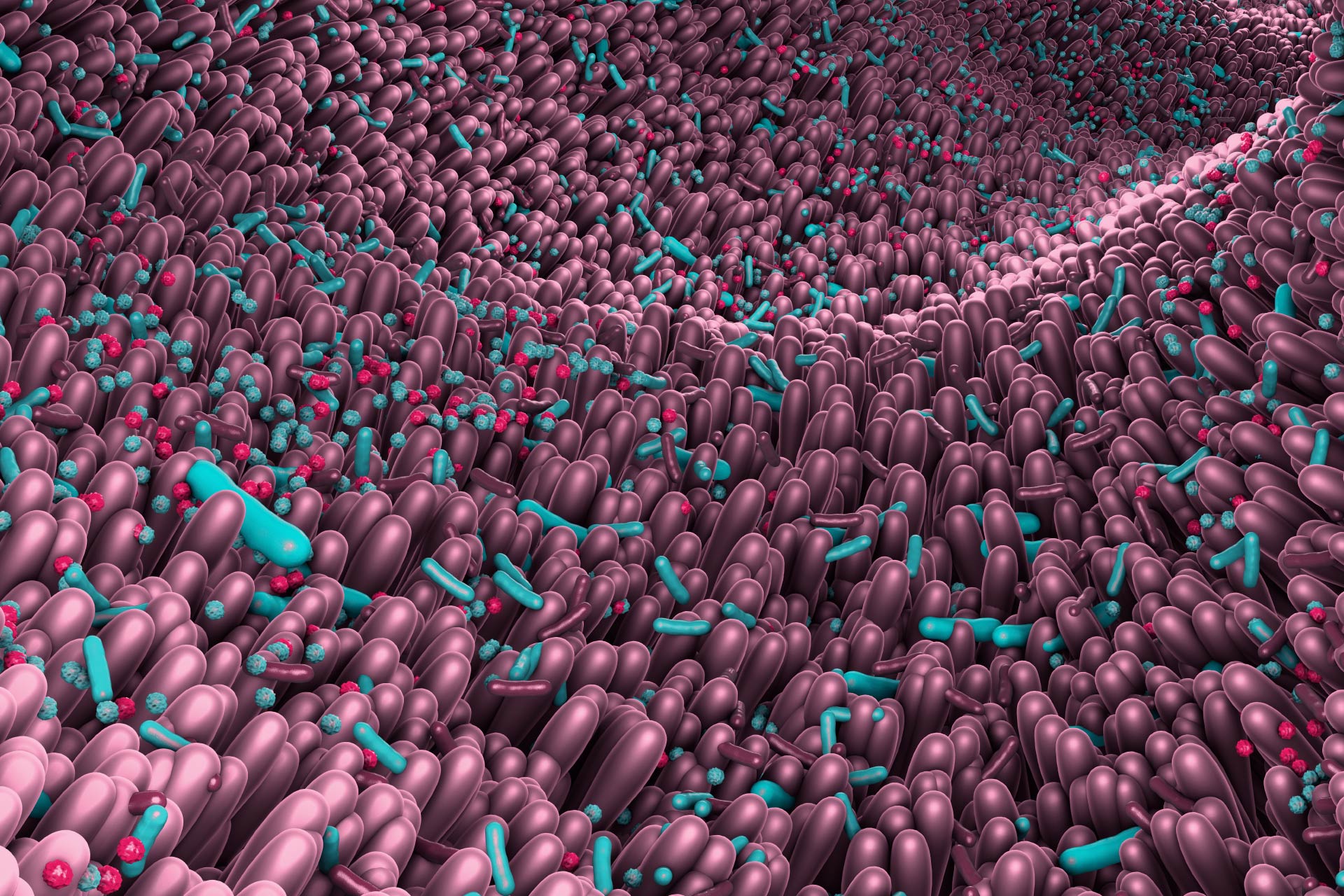 What is already known on this topic
Changes in the gut microbial composition have been linked to scores of conditions, including early-onset diabetes and inflammatory bowel disease. But how individual microbiotas change over time, and how those changes affect host health, remains unclear.

What this research adds
By analyzing fecal samples from more than 300 people collected four years apart, researchers characterized the dynamics and diversity of the human gut microbiota. Microbiotas with higher diversity tend to be more stable over time, and plasma metabolites appear to link individual microbial profiles with host health.

The findings support the idea that gut microbes can influence human health and disease onset through blood metabolites.

The microbial communities inhabiting the gut have been shown to change in ways that influence the development of disease. Now, a new study reveals that changes in microbiota composition could affect human health by swaying the blood levels of particular metabolites.

The findings, published in Cell, support the idea that gut microbes can influence human health and disease onset through blood metabolites.

Changes in the gut microbial composition have been linked to scores of conditions, including early-onset diabetes and inflammatory bowel disease. But how individual microbiotas change over time remains unclear.

To characterize the stability of the gut microbiome over time, Alexandra Zhernakova and Jingyuan Fu at the University Medical Center Groningen compared fecal samples from 338 people. The samples were taken four years apart.

First, the researchers investigated microbial composition and diversity in the fecal samples. People’s gut microbial makeup was more similar to their own makeup four years earlier than to the microbial makeup of other individuals.

The abundance of seven Bifidobacterium species decreased substantially over time, whereas the levels of most Alistipes species increased. More diverse microbial communities tended to be more stable than less diverse ones, the team found.

The genetic makeup of gut microbes also changed over time, both between different people and within the same individuals. For example, bacteria such as Ruminococcus torques, Streptococcus parasanguinis, and Faecalibacterium prausnitzii showed a high genetic variability, whereas Bifidobacterium angulatum, Methanobrevibacter smithii, and Alistipes putredinis had lower genetic variability. Within-individual differences were smaller than between-individual differences, the researchers found.

Next, the team investigated the role of the gut microbiota in host health. An analysis of the blood levels of more than 1,180 metabolites revealed that both microbial abundance and genomic changes are associated with some of these metabolites. For example, the abundances of bacteria such as Bacteroidales bacterium ph8 and Blautia wexlerae were linked to high blood levels of metabolites associated with several chronic diseases.

The researchers also found that increased abundances of bacteria including Alistipes senegalensis and Akkermansia muciniphila were associated to higher plasma levels of vitamin B1, which is produced by gut microbes. A lack of vitamin B1 is known to affect the cardiovascular system and induce a fast heart rate.

“We further revealed that A. muciniphila may influence blood pressure through vitamin B1 production, providing a rationale for the development of treatment that uses this human mucus colonizer for the prevention of hypertension,” the authors say.

Intestinal microbes could protect against gut inflammation and colorectal cancer