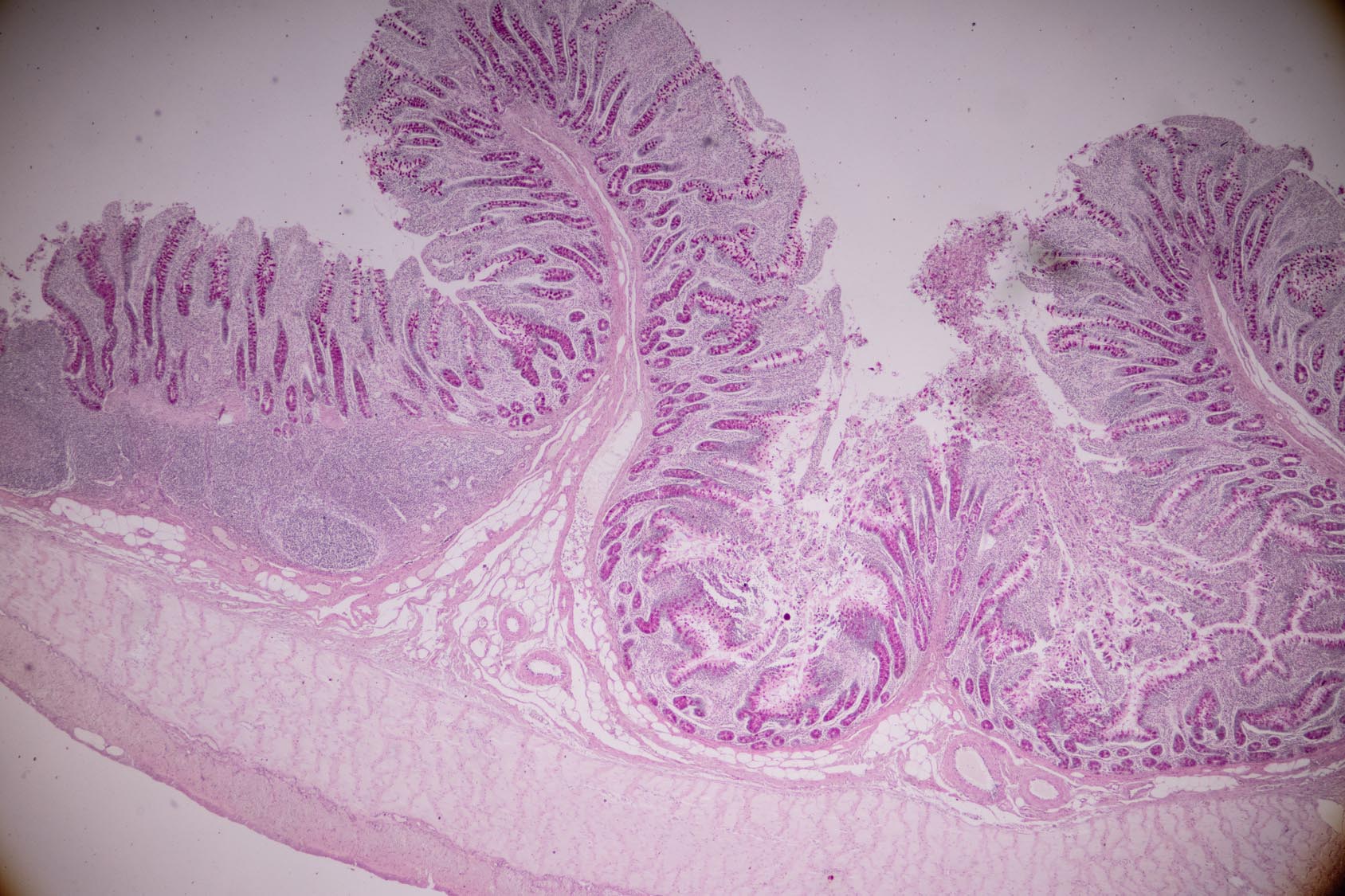 Researchers developed a mouse model that recapitulates many hallmarks of gut inflammation seen in people with Crohn’s disease, a type of inflammatory bowel disease (IBD).

The study, published in Science Immunology, sheds light on some of the factors that promote the development of IBD, whose incidence is rapidly increasing, especially in children younger than 10 years of age from North America and Europe. But while past research efforts have created several mouse models of IBD, Crohn’s disease has been particularly difficult to model. The disorder is thought to result from an abnormal immune response against gut bacteria in genetically predisposed individuals, but what triggers this response is still unclear.

Previous studies have identified many genes associated with the disease, including mutations in two genes whose products, called NOD2 and NADPH oxidase, are involved in antimicrobial and inflammatory responses. So Roberta Caruso at the University of Michigan Medical School and her colleagues generated mice that lack both NOD2 and a portion of NADPH oxidase. The resulting mouse model developed gut inflammatory symptoms similar to those that affects children with Crohn’s disease.

The mutant mice were unable to activate immune cells that kill bacteria and developed spontaneous colitis when they were exposed to Mucispirillum schaedleri, a microbe that is commonly found in the gut of rodents. However, the mice developed colitis only after weaning; that’s because maternal antibodies against Mucispirillum protected the newborns from gut inflammation during breastfeeding.

In addition to developing a better model for studying Crohn’s disease, the work suggests that maternal antibodies in breast milk have a protective role against colitis. But although previous research showed that breastfeeding protects from IBD, more work is needed to understand the mechanisms by which breast milk protects against gut inflammation.

The fact that maternal antibodies protect against colitis suggests that vaccines may be a potential therapeutic approach for people with Crohn’s disease once bacteria that induce colitis are identified in humans, the researchers say.